Meet Bo!  He’s a 7 year old, 81 lb. bundle of sweetness!  And wow, is he ever handsome!  You would never know he’s 7, because he has the energy of a 2 year old!  He’s such a happy boy that his tail wags ALL the time!  Bo’s world was turned upside down when his owner died and DLRR took him in.  DLRR found that Bo had not had much socialization or training in his former home, and his experiences were probably limited.  So, all the changes Bo had to go through created a lot of uncertainty in him and he had a hard time adjusting to his new environment.

DLRR wanted Bo to be the VERY BEST he could be, so we started him in training to build up his confidence and help him adjust.  He has been receiving daily lessons with a professional trainer since May 4 and he has made amazing progress!  He is learning sit, down, come, heel, front, watch, stay and leave it.  Trainer Elyse says he is a star pupil (who loves his Cheerios)!  Bo recently had the adventure of a training lesson at Home Depot where he got to try out his "down" command and also got to go up a worker's ladder!  Good boy, Bo!  Bo’s adopters get to continue his training with two private and six group lessons at no cost!

Bo loves his humans and wants nothing more than to be with them, doing anything they are doing.  When he gets excited, he bounces on his front paws like Tigger and he’s just all wiggle! He loves hoses and sprinklers and the pool.  Swimming would be great for Bo to give him exercise since we learned he has some arthritis in his hips, but he loves his walks, too.  And BONUS!  Bo has lived with cats and has proven that he can be good with them if they are introduced slowly.  He knows how to use a doggie door, is housebroken, and would be happy living with another dog or being an only pet.  Older children (12 and up) would be best for Mr. Handsome.  Bo will make a wonderful pet for a lucky household!  Please call to meet him! 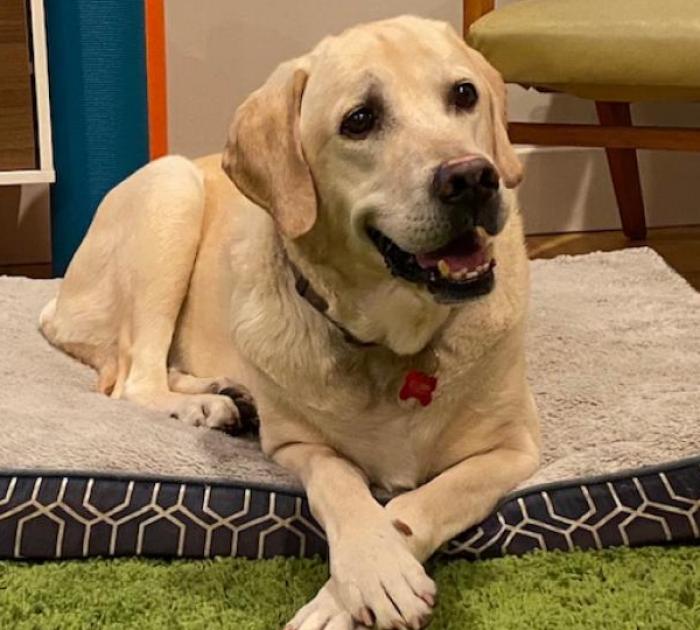 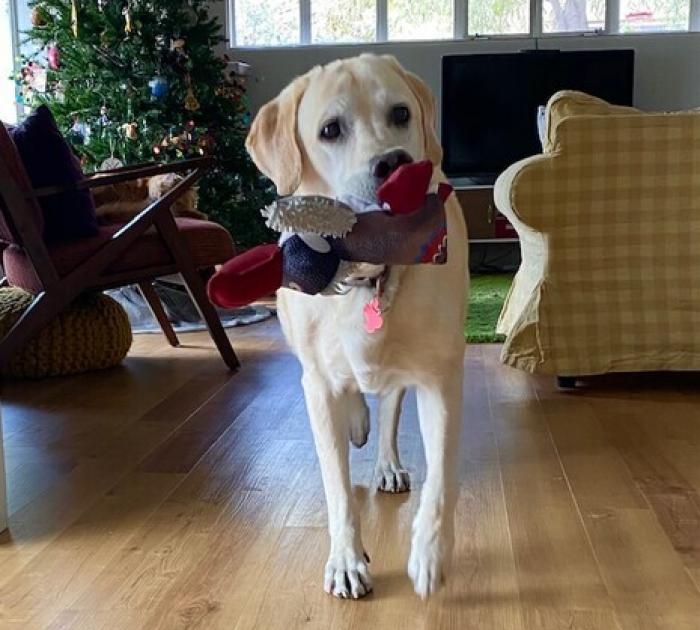