Rio is a 10-month-old Lab mix puppy who behaves like a typical puppy! He was rescued by two travelers in a motorhome after they saw him nearly get hit by a car. When they took him to the local shelter, they told them he would be euthanized. DLRR to the rescue!

Rio has been in foster care since early February. In that time, he has learned the routine of living in a home as a family pet with two other dogs. He is housebroken, knows how to use a dog-door, sleeps through the night and rides well in the car. He likes to play on the Baja step in the pool, but hasn't tested out his swimming skills yet. He is a curious guy and enjoys spending time on his own in the backyard, chasing birds and butterflies. We often see him outside laying down on the grass relaxing in the sun and enjoying the sights and smells. In the mornings and late afternoons, he loves to play “Chase” and “Tug-of-War” with other dogs. With his people, he chases balls and plays with dog toys. During these times, he burns off his puppy energy. After playtime, Rio likes to chew on bones or cuddle with his humans and canine companions, settling down nicely when the humans eat their meals.

He has a very endearing and loyal personality and is very eager to please. He is crate-trained and learning how to walk nicely on a leash at your side and other basic commands for “sit”, “down”, "come", "up", "go crate" and “stay”. Rio is very food-motivated which makes him easy to train.

Rio is looking for a home where he can get the exercise, attention and training he needs to become a loyal and loving companion to his new family. If you are interested in this sweet puppy, give us a call to see if it is a good match! 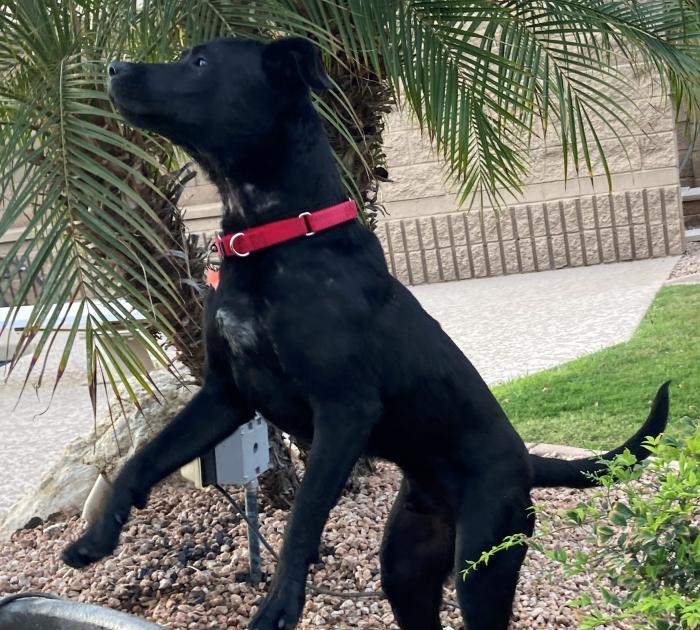 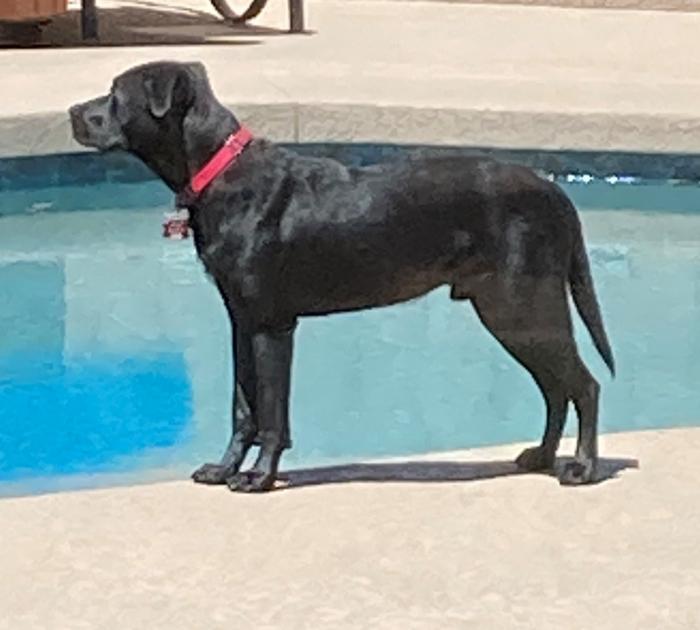 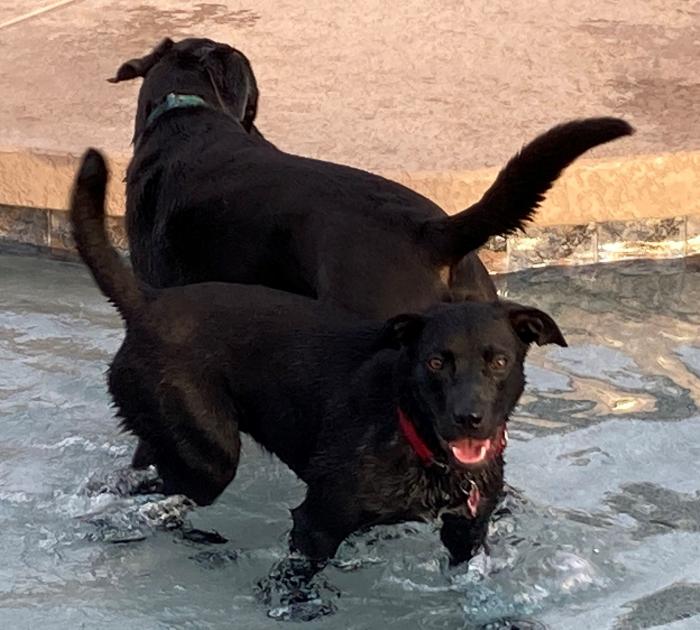