Remi is a 1 year old Black neutered male who is 50 lbs. of silly and goofy. Very playful personality. Loves giving kisses. He adores his humans, and needs someone to exercise him and help him to adjust to being a dog. He was not around other dogs much but has been introduced to cats and other dogs and doing much better.  In obedience training he learned the following commands, loose leash walk (heel), sit, down, stay, come, place, watch. He knows how to target paws. Trainer uses "paws up" and he will put his 2 front paws on whatever.  Remi is timid/insecure and reactive so don't be  surprised if he barks  initially. He enjoys walks and people, but due to lack of exposure he is unsure of new people and may vocalize. He is manageable and with consistent training it will help him get over his issues. Remi would benefit from having a calmer dog to hang with and teach him the ropes. Remi LOVES playing in the water. He won't get into the pool and swim, he just likes to play in the shallow end!  We just found out recently he loves the bubbles that come in a bottle and you blow them.  Small children would not be a good fit.  He likes playing with toys, especially tug-o-war toys and fuzzy stuffed toys. He takes treats gently. He is housebroken but has not used a Doggie Door before. He is anxious when it comes to riding in a car as this is also new to him. Remi needs his humans to build him up with consistency and encourage him to do things. If you are interested in meeting Remi, he is waiting to meet you and begin a new life. 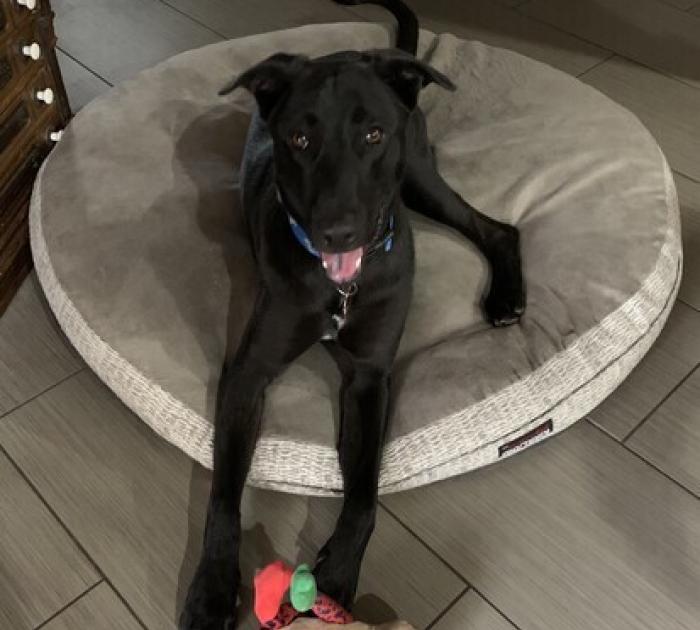 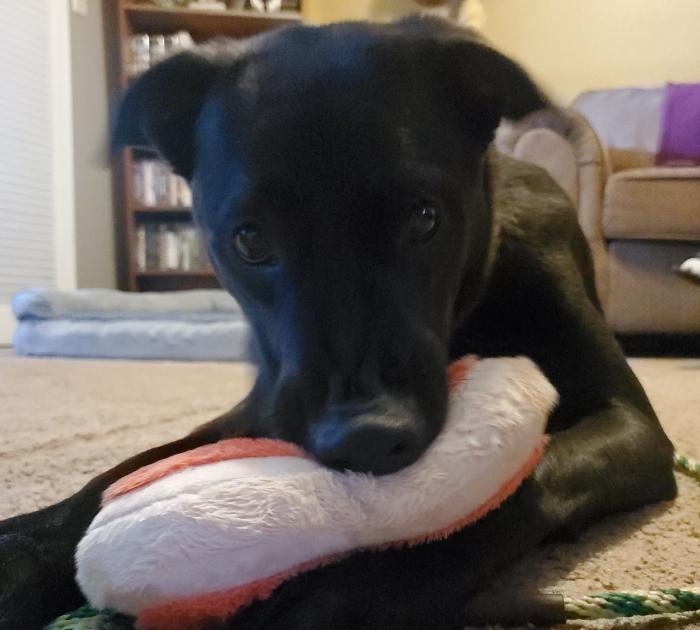