Betty is one adorable older black lab. She is estimated to be between 5 and 8 years old. She has just a little snow on her muzzle and weighs 58 lbs. She gets along very well with other dogs. She has previously lived with a cat.

Betty came to DLRR as an owner surrender. She was living in a home with 4 children who made her extremely nervous. She spent most of her day in a kennel. She had never shown signs of aggression but preferred to be away from the commotion and would retreat to her kennel. The family felt it was in Betty’s best interest to find a more suitable home for her.  She has been in 4 homes. Her first owner was reportedly abusive to her. She does show signs of anxiety after coming in from outdoors and runs directly to her dog pillow. When she first arrived she would also run to her kennel at night and not move. She is relaxing slowly and has now started to spent part of the night on one of the dog beds rather than in her kennel.  She is becoming a bit of a Velcro dog and especially likes to hang out in the kitchen, always hopeful something will fall from the counter.

Betty greets each morning with a wagging tail and quickly dances to the kitchen for her breakfast. She won’t even go outside to potty until breakfast is done.  She is a little fluffy. She is eating fewer calories, no snacks or table scraps, and is walking daily. She had a spa day shortly after her arrival and her coat is shiny and soft. Since her nails were very long she also had them trimmed, which helps her with her walking routine. The previous owner stated that she has arthritis in her hips and seasonal allergies. She   has had occasional seizures, reportedly not severe, every 3 to 4 months. She recovers instantly and the seizure lasts only a minute or two. Owner said he held her head until it subsided. She is not on any medication.

She is very obedient, does not jump on people or furniture. She is totally potty trained and very mellow. If she barks there is a good reason. She always alerts me to the Amazon driver’s arrival even before the doorbell rings. She loves to go on walks (no pulling) and slowly inspects each bush in the neighborhood just in case another dog has left her a message. She loves to sit in the backyard and soak up the sunshine. She has shown no interest in the pool.  Most importantly she loves belly rubs. She can shake both paws, sit, lay down and roll over. In fact, the sit, lay down and roll over command are one continuous movement to get to the belly rub portion of the trick. She loves car rides and is totally trustworthy in the home when left alone with her foster beagle brother. She is a little shy around new people and is hesitant around men, probably due to past abusive owner.

Please contact me if you would like to know more about Betty. I’ll talk your ear off (just kidding, no body parts will be harmed during the conversation). She would probably do best in a home with adults and older children. 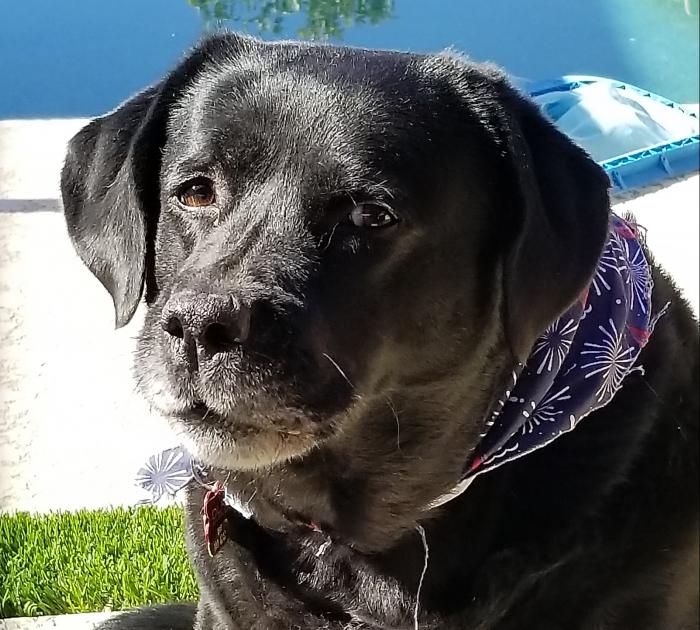 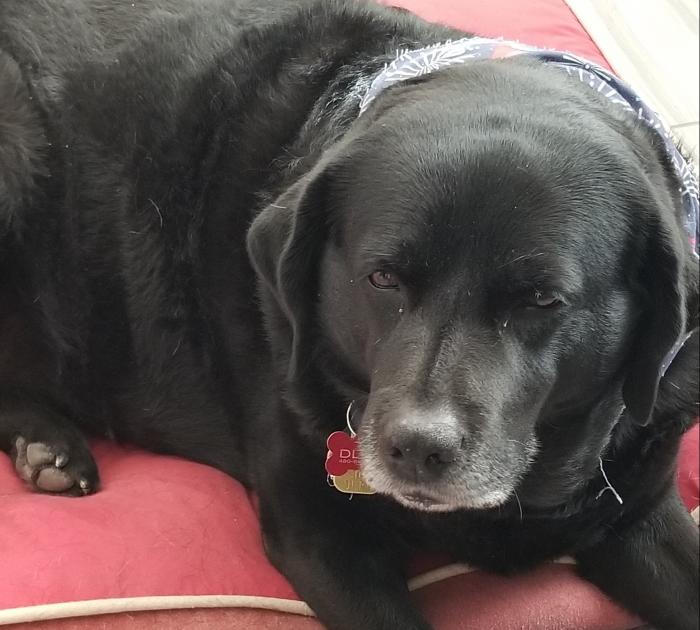 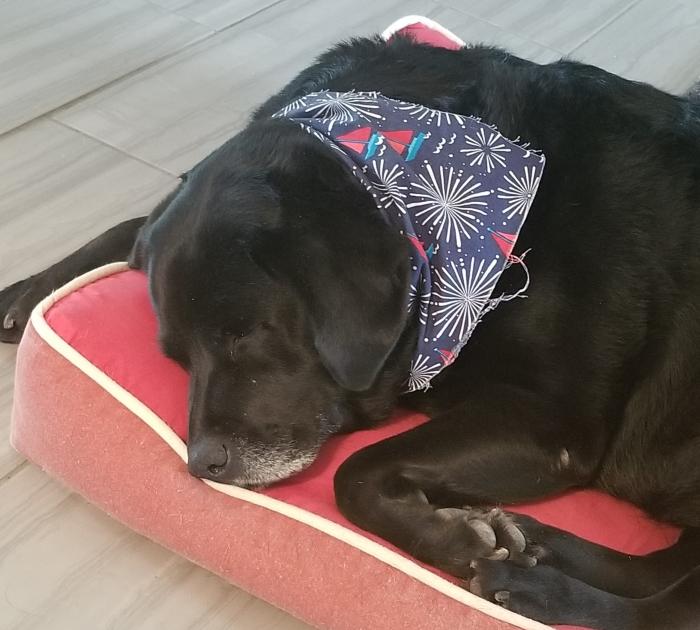